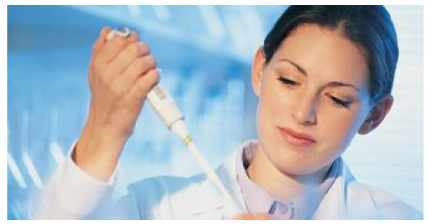 Around the world, vitamin A & D deficiencies are serious medical concerns. Vitamin D deficiency has been linked to infantile rickets, osteoporosis, and may increase the risk of several types of cancer including breast, colon, and prostate cancer. Vitamin A deficiency is the leading cause of preventable blindness, and has been linked to high susceptibility of infections and reproductive issues. Some research indicates that by the end of winter, one-third of all adults are vitamin D deficient. To combat this, the governments in Canada, USA, and Europe require the mandatory fortification of milk with these crucial vitamins. As with any manufactured product, quality control is essential to ensure that consumers receive the right amount of these vitamins; too much is toxic, and too little provides no benefit.

To underscore the need for careful monitoring of vitamin content in fortified products, one study showed that constant over-fortification of milk from a dairy processing plant lead directly to human illnesses. This prompted the US FDA to pass new control limits on how much of each vitamin may be added to milk. This does not mean, however, that the limits are being met by the processors. Two separate studies, one from Cornell University in 2001 and one from the University of Guelph in 2000 indicated that less than half the milk being produced fell within the acceptable limits of fortification; the remainder was under- or over-fortified.

Current methodology for vitamin content testing can take several days, requiring the constant attention of a technician, and the dedicated use of an HPLC. Dr. Gupta, the founder of SciMed Technologies, realized there was an opportunity to improve quality assurance in vitamin fortification in dairy products. What is needed is a simple, flexible, inexpensive, and fast method for detecting levels of vitamins A & D . To fill this need, SciMed Technologies has developed proprietary monoclonal antibodies against vitamins A & D, permitting the development of ELISA-based assays. Instead of taking several days to complete with the constant attention of a skilled technician, VitaKits™ permit accurate analysis in as little as two hours, at a fraction of the cost. The testing of milk can now be completed before it is packaged, allowing milk that has been under- or over-fortified to be corrected, giving the maximum benefit to the consumer.

SciMed Technologies is further developing its technology for use in other dairy products such as infant formula , yogurt and cheese.  VitaKits are also being developed for edible oil and vitamin premixes..

For demonstrating cutting-edge technological development, SciMed Technologies was awarded the 2004 Venture Prize, and was named one of Alberta's "Coolest Companies" in 2005.